Get this book in print

What people are saying - Write a review

Reviews aren't verified, but Google checks for and removes fake content when it's identified
User Review - Flag as inappropriate

Other editions - View all

John A. Shoup is associate professor of anthropology at Al Akhawayn University in Ifrane, Ifrane, Morocco. 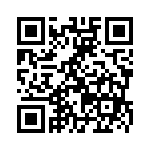