Get this book in print

What people are saying - Write a review

this book was dope

Lew Freedman is a sportswriter with the Chicago Tribune. He has worked as an award-winning journalist with the Anchorage Daily News and is the author of over 22 books, including African American Pioneers of Baseball (Greenwood, 2007). 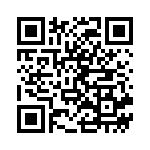